They say I drove him mad. I reckon I just let him loose upon the sky.

Mommy dances in the smoke and smelliness and daddy cries. We have an apartment, but they take me to rock shows, and they stuff my ears with cotton and give me nips of gin to drink. “He's a real downer,” auntie Cait says. Daddy, that is. Daddy is afraid of tick-tock clocks, and ringing bells, even though he is a rock star. You know, old fashioned clocks that tick until they ring. But mommy sings. She likes to sing. The nights are often cold. I see shadows play on daddy's face. I have a plan to stop daddy's fingers moving in me like they move when he is playing his guitar. Because inside a person should remain a secret. Shouldn't it? I will never know. Tonight daddy is on the carpet.
CONTINUE


The Marlboro Man, a cliché on a cliché horse, rides through the canyon. The gun is real, the bullet real, his depression real. Several generations ago, I came to Wyoming to kill myself. Well before I was born, I was destined to die by my own hand. I leave a custom guitar, built by my brother, bloody rosewood, shaped in his shop.

Cottonwoods quarrel on the banks of the river, humans quarrel on downtown streets, in bars, in bedrooms. I leave a quarrelsome species.
CONTINUE
JUNE 2014, 2nd issue

“Come here,” our camp counselor said. “All of you guys.” His name was Joe and he
smelled like cigarettes. We crowded around him in the middle of the cabin, squeezing
together and leaning our heads forward. I was twelve years old, and this was my first
summer at camp.
“Do you know what an oral fixation is?” Joe said.
CONTINUE
March 2014, 1st issue
(The bios of the writers of the first issue will be transfered into the pages of their short stories, exactly like in the second -and  the next-issues)

Mirsky knew that Elaine was angry with him because she left Rice Krispies next to his cereal bowl and he never ate Rice Krispies. He was a Corn Flakes man. He wondered what he could have done to her this time. Of course she wouldn’t tell him but she would be F & F, friendly and frosty until he apologized for whatever heinous act he had committed this time. He switched cereals, ate his breakfast and then went and showered while Elaine slept.
CONTINUE

Renan tries to close his eyes to escape the repetition. He’s an old man now, but still can’t control his impulse, his arms threatening his son after the argument. When that happens, he feels aimless. Meanings of an entire life return to his thoughts and he needs to account for them: his father’s funeral, his memories. The man had the habit of beating him when he arrived home after watching the fights in the arena, a kind of love. CONTINUE 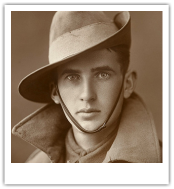 This must have been more than five years ago because it was after my sister finished graduate school but before she moved down to Virginia. I was living with her for the time being and rekindling old friendships. This was when we had no money but still didn’t care. We thought there were jobs out there and it was only a matter of time before we stumbled into a profession and job security. One acquaintance my sister and I both kind of knew fascinated us all.  CONTINUE

Bios of writers of 1st issue:


Desirée Jung is a Canadian-Brazilian writer and translator. Her background is in creative writing, literary translation, film and comparative literature. She has received her M. F. A in Creative Writing and her Ph.D. in Comparative Literature from the University of British Columbia, in Vancouver, Canada. She has published translations and poetry in Exile, The Dirty Goat, Modern Poetry in Translation, The Antagonish Review, The Haro, The Literary Yard, Black Bottom Review, Gravel Magazine, Tree House, Bricolage, Hamilton Stone Review, Ijagun Poetry Journal, Scapegoat Review, Storyacious, among others. She lives in Vancouver, Canada. Her website is www.desireejung.com


Harry Leeds lives in Russia and is a world expert on Tatar Food. He won the Black Warrior Review prize and writes about Russia for Americans in Lucky Peach and NYU's Jordan Center http://jordanrussiacenter.org/all-the-russias/ and about America for Russians.